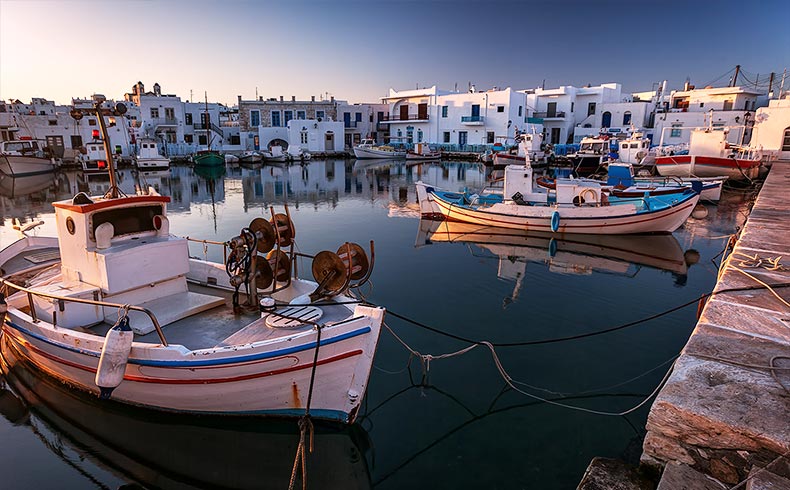 Greek Cycladic islands are known for their classic architecture, and Paros, Greece more than most. Whitewashed houses and churches with deep blue domes are staples in a tourist’s mind even before they arrive. But there’s more to the architecture of Paros than the first few pictures on Google. This is an island of historically preserved villages and grand churches stretching back for centuries. You may even find a few architectural wonders that surprise you on Paros Island.

Of all the cycladic islands, Paros is most known for its classical Cycladic architecture. Walk through the streets of Naoussa, Paros or any of the villages of Paros Island, and you’ll find yourself surrounded by charming whitewashed structures, whether houses or businesses, and churches with brilliant blue domes. They’re built to last for a reason. Paros is susceptible to strong winds, and at one time, pirates and invaders. Building hardy stone structures, often on top of a hill or through narrow streets, added protection and durability against foes both natural and human. 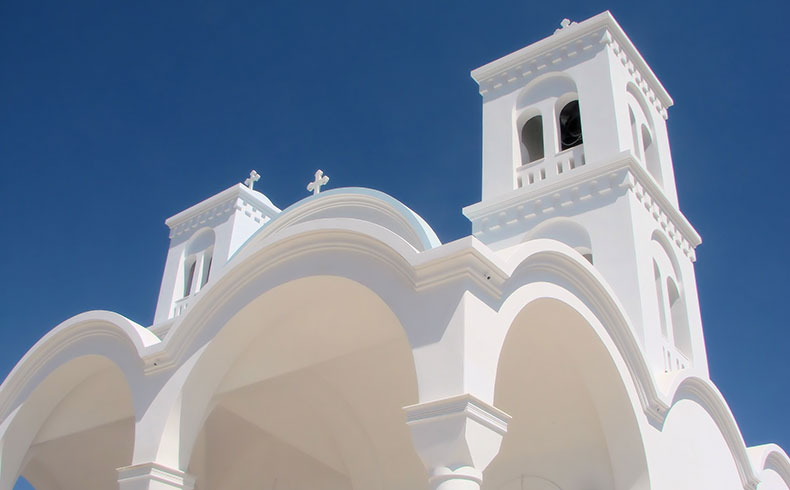 The houses are practically square and tightly packed, often whitewashed with brightly colored doors and window frames around their relatively small windows. Deep blue is popular, as it mirrors the deep blue of the nearby Aegean Sea. Colorful flower beds also help to contrast and punctuate residential architecture. Many homes and churches are restored by local craftsmen and it’s easy to see how much pride they take in their work. In wine country and agricultural areas, however, you’re more likely to see farmhouses, which tend to be more isolated and spaced out than the houses you might find in Parikia or Naoussa, Paros.

As you explore the architecture of Paros, Greece, you’re sure to come across some examples of famed Parian marble. Mined from Paros’ own marble mines, Parian marble was highly prized by Greeks of the 14th century and even before. It was oft used to create sculptures, cornerstones, and pillars. The Acropolis and the temple of Apollo in Delphi, for instance, were constructed with Parian marble. Today, tourists can still see the Marathi marble quarries, now abandoned. They can also see examples of Parian marble up close in archaeological sites, like the sanctuary of Delian Apollo or an ancient cemetery near Parikia.

Throughout Paros Island are relics of the Archaic, Venetian, and Byzantine periods.The houses and churches themselves are impressive, but there are some remarkable standout examples that you won’t want to miss:

The Frankish Castle of Paros

Perched at the highest point of Paros, the Frankish Castle is one of the most incredible landmarks of Paros, Greece. It was built in the 13th century from vestiges of sanctuaries throughout Paros. It is this unique backstory that makes the stonework of this great structure truly one-of-a-kind. The castle houses the ruins a massive temple, parts of which date back to 530 BC. Surrounding this temple, you can also find examples of ancient Parian homes.

The windmills of Paros 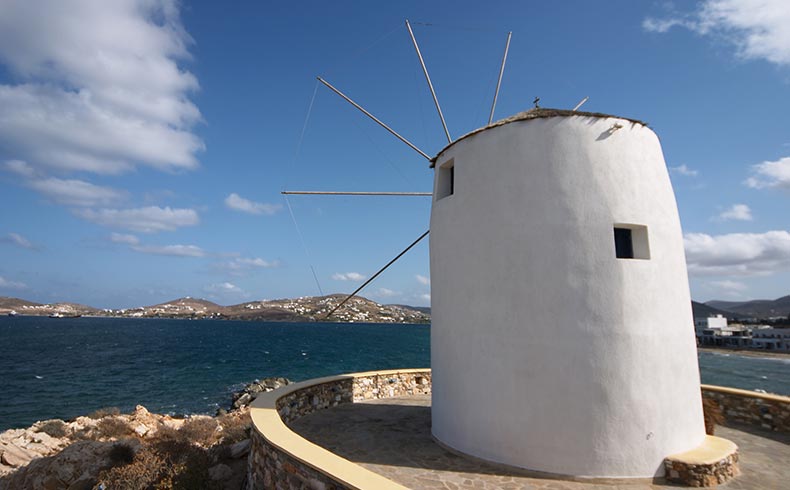 All throughout the island, you may come across windmills built in that same traditional whitewashed style. These windmills have stood for 200 years and are quite a sight, but were also very functional for farmers of Paros. Before technology was able to catch up with the strong winds of Paros, these windmills were used to grain wheat. Eventually, they became irrelevant, but they still make for a terrific photo opportunity. 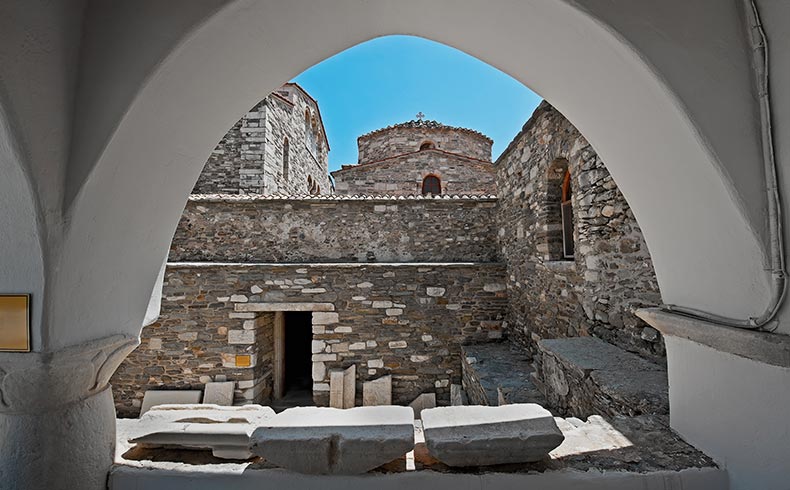 There are a number of beautiful churches in Paros, but Ekatontapiliani is without a doubt the most well-known, and it comes with a fascinating legend. This church was said to have been constructed by Constantine, the notably Christian emperor of Constantinople. Despite its name, the church currently only has 99 doors. Legend has it that when the church of Hagia Sophia in what is now Istanbul becomes an Orthodox church again, a secret door will open within Ekatontapiliani, thus allowing the church to live up to its name.

If your interest is in architecture, seek Paros accommodation in Naoussa, Paros. Not only will you be able to find many architectural marvels in that village alone, but you’ll have easy access to Parikia without quite all the bustle of the island’s capital. Many visitors search for Paros hotels on the beach, and there again, Naoussa delivers with lovely boutique hotels like Stelia Mare. Stelia Mare itself is constructed in that traditional whitewashed style, with gorgeous views of deep blue waters from your window. Book your room today and enjoy both the man-made and natural beauties that Paros has to offer.